What Made Robin Williams End His Life 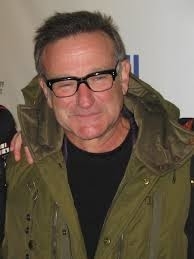 Robin Williams’ sudden death was a shock and surprise to us all… and yet, we shouldn’t be surprised. Suicide is a national public health issue. No matter your celebrity status, Robin Williams’ death reminds us that nobody is immune to obstacles like depression, anxiety, and life crisis events.

While none of us can speculate about Robin William’s exact state of mind, it is fair to assume that something (typically a life event) pushed him over the wall of resistance that we all have towards dying. In fact, the one unifying factor most common in all suicides is a sense of hopelessness.

Why did Robin Williams feel hopeless?

Most suicidal people do not want to die. Suicidal people want to find a way to live, but they simply can’t connect with the resources they need to give them hope.

Imagine yourself surrounded by a dark, heavy fog you cannot see through and you are being asked to find an object on the floor. The more you struggle to reach it, the more lost you become, feeling more and more desperate, but irrevocably unable to complete your search.

This search for something they need to find, but can’t, is daily struggle of those who face depression on a regular basis. Robin Williams would have felt that he could not, no matter how aggressively he searched, find a way out.

What Led to Robin Williams’ Suicide?

The progression that leads to suicide, including the death of Robin Williams, often follows a similar course. What are the stats that make suicide such a public health crisis?

When we discuss what made Robin Williams end his life , however, we should consider the myths associated with suicide in general, and, therefore, his death:

Myth  Suicidal people keep their plans to themselves.

Fact   Most suicidal people communicate their intent sometime during the week preceding their attempt. At times, a major life disruption pushes them over the edge. Was there some indication from Robin Williams that he was planning to end his life? Perhaps he called his attorney to ask end of life questions, or reached out to long time acquaintances out of the blue.

Myth Those who talk about suicide don’t do it.

Fact  People who talk about suicide may try, or even complete, an act of self-destruction. However, verbalizations of suicide are often a cry for help. While Robin Williams’ alcoholism and cocaine use was widely publicized, perhaps his comedy blurred the lines between his true self and his jokes about death.

Myth Once a person decides to complete suicide, there is nothing anyone can do to stop them.

Fact  Suicide is the most preventable kind of death, and almost any positive action may save a life. If only someone close to Robin Williams had intervened, his suicide may have been preventable. This may include a friend who stopped by to say hello, getting him out of his usual return with a walk and/or evening out.

Myth No one can stop a suicide, it is inevitable.

Fact  If people in a crisis get the help they need, they will probably never be suicidal again. In my psychological practice, I spend a lot of time working with patients to teach the coping tools so that they do not become overwhelmed by depression or anxiety.

Myth Confronting a person about suicide will only make them angry and increase the risk of suicide.

Fact  Asking someone directly about suicidal intent lowers anxiety, opens up communication and lowers the risk of an impulsive act.

Dealing with Depression on a Day to Day Basis

How do we deal with the aftermath of a suicide? Somehow we have come to believe that suicide is a taboo subject; if we ask someone who is depressed if they are contemplating killing themselves, we believe that this will give them an idea that they had previously considered.

We blame ourselves for their deaths.

However, asking questions about a depressed person’s mind state is an invitation to the person to talk about their pain. Asking the question implies that you care, are willing to listen, and are willing to get the person connected with someone who can help.

The way to ask the question is to say something like, “ When people are stressed and feel depressed they can often lose hope and have thoughts of killing themselves. Is that happening to you?”

The person will most likely be grateful for the understanding and may acknowledge their pain.

It is important to remember that suicidal people don’t want to die. They just want the pain to stop and because they feel hopeless, they cannot find a solution for themselves.

Depression can often make people myopic and limit their problem solving ability. When depression occurs for a celebrity, none of us can believe that behind the curtain of success lies a person who does not love themselves.

We will probably never know the exact depth of his despair, and what made Robin Williams’ end his life. All we can do is use it as a lesson; an awareness that there are many people hurting. Since almost all efforts to persuade someone to live instead of attempting suicide will be met with agreement and relief, don’t hesitate to get involved or take the lead to reach out to them. 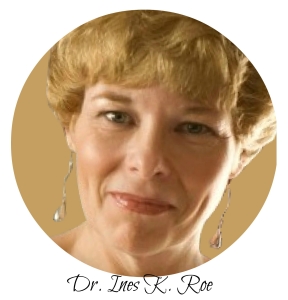 Dr. Ines K. Roe of Alta Vista Life Coaching helps women in transition reinvent and revitalize their futures. Grab your FREE Get Happy! 7 Day Meditation Guide today. Join us for Kaleidoscope Life, an ecourse on self-acceptance and conquering your fears.